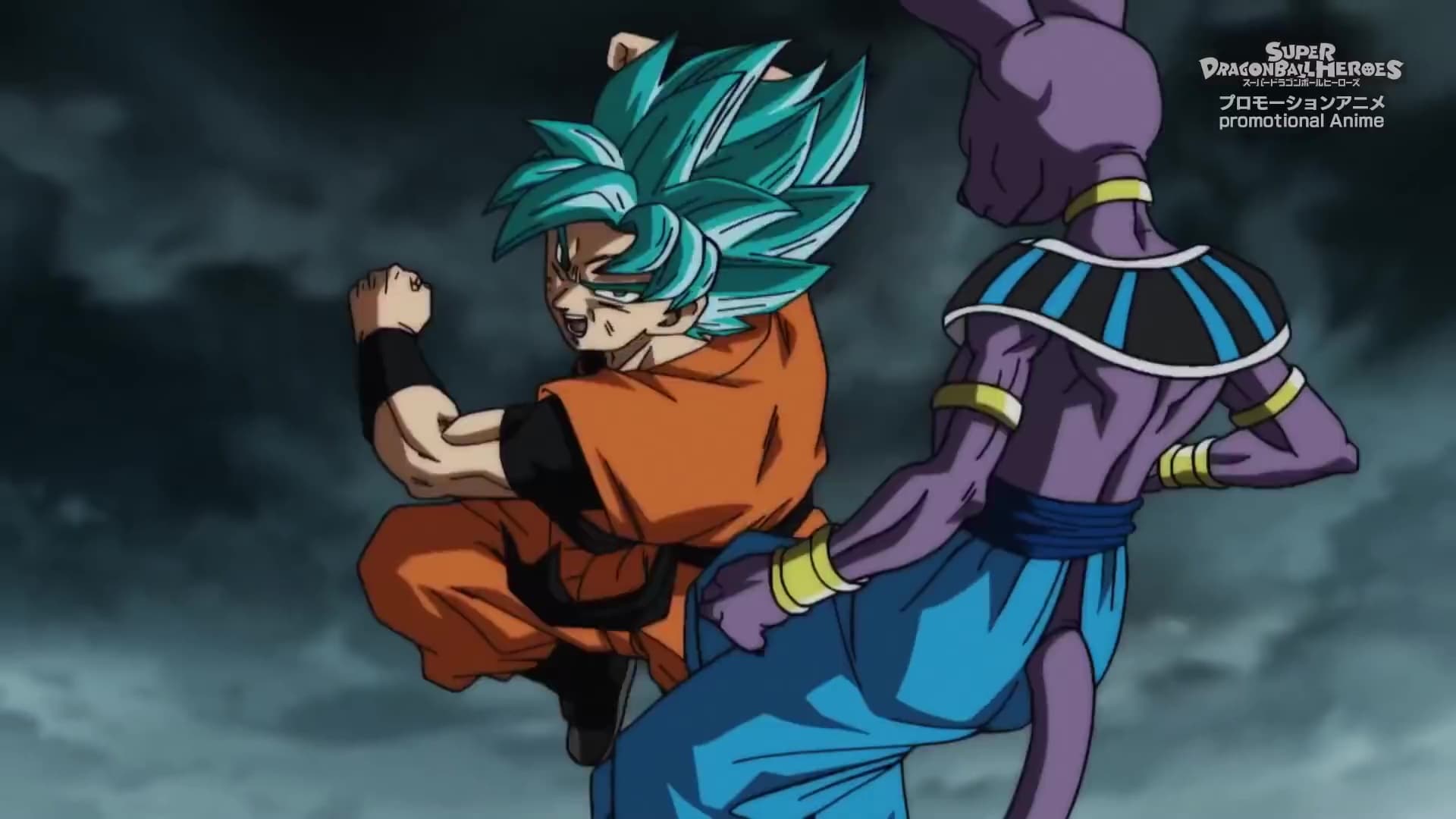 Fu's Plan! The Threat of the Dreadful Universal Tree!

Goku, Vegeta and Xeno Trunks are fighting against Beerus, while the others and the other Gods of Destruction watch. Beerus has the upper hand, until their battle is interrupted by the arrival of Xeno Goku and Vegeta, who warn them that they need to stop the fight. Suddenly, a mass of giant tree roots appears in the sky around the Earth and begins draining the planet’s energy. The other gods all rush back to their own universes to protect them, leaving Beerus, the Earth’s heroes, and the Time Patrollers behind. They are then confronted by Fu, who is accompanied by Doki-Doki. Fu confirms that this is the “Bird of Catastrophe” that Beerus was worried about and that the tree roots are part of the Universe Tree, which grew from the Universe Seed that Hearts was developing. Fu escapes through a portal. Beerus rises into the sky and powers up, shielding the Earth by allowing the Tree to feed on his energy instead; however, he warns the others that he will not be able to keep this up for long. 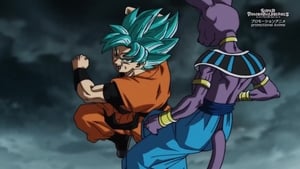 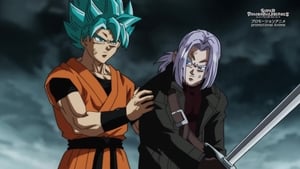